Shadows of the Hist: Launch details

Update 11 introduces Shadows of the Hist—a DLC Dungeon Pack that includes two all-new four-player dungeons—the Style Parlor, Costume Dyeing, and of course the base-game patch. In this article, we’ll discuss pricing, release dates, and details for these features and more.

Update 11, including the Shadows of the Hist DLC Dungeon Pack and long-awaited quality-of-life features such as costume dyeing and character re-customization, is now available on the ESO PTS (Public Test Server.) This latest update for The Elder Scrolls Online launches on PC/Mac on August 1st, and both Xbox One and PlayStation®4 on August 16th. The Shadows of the Hist DLC Dungeon Pack—featuring the new Ruins of Mazzatun and Cradle of Shadows four-player dungeons—will be accessible at no cost to those who have an active ESO Plus membership. Otherwise, the DLC Dungeon Pack will cost 1,500 crowns in the ESO Crown Store.

The base-game patch that accompanies Shadows of the Hist—free to anyone who owns ESO—is packed with new features and enhancements including console text chat, improvements and updates to Aetherian Archive, Hel Ra Citadel, and Dragonstar Arena, the Cyrodiil town capture system, and Racial Passive adjustment and rebalancing. We encourage all our PC and Mac players to join us on the PTS for Update 11 and Shadows of the Hist testing!

A Shadows of the Hist DLC Dungeon Pack Collector’s Bundle will also be available in the Crown Store for 2,500 crowns. It includes the two new dungeons, Cradle of Shadows and Ruins of Mazzatun, the Hist Guar mount, the Haj Mota Hatchling pet, and five Crown Experience Scrolls. 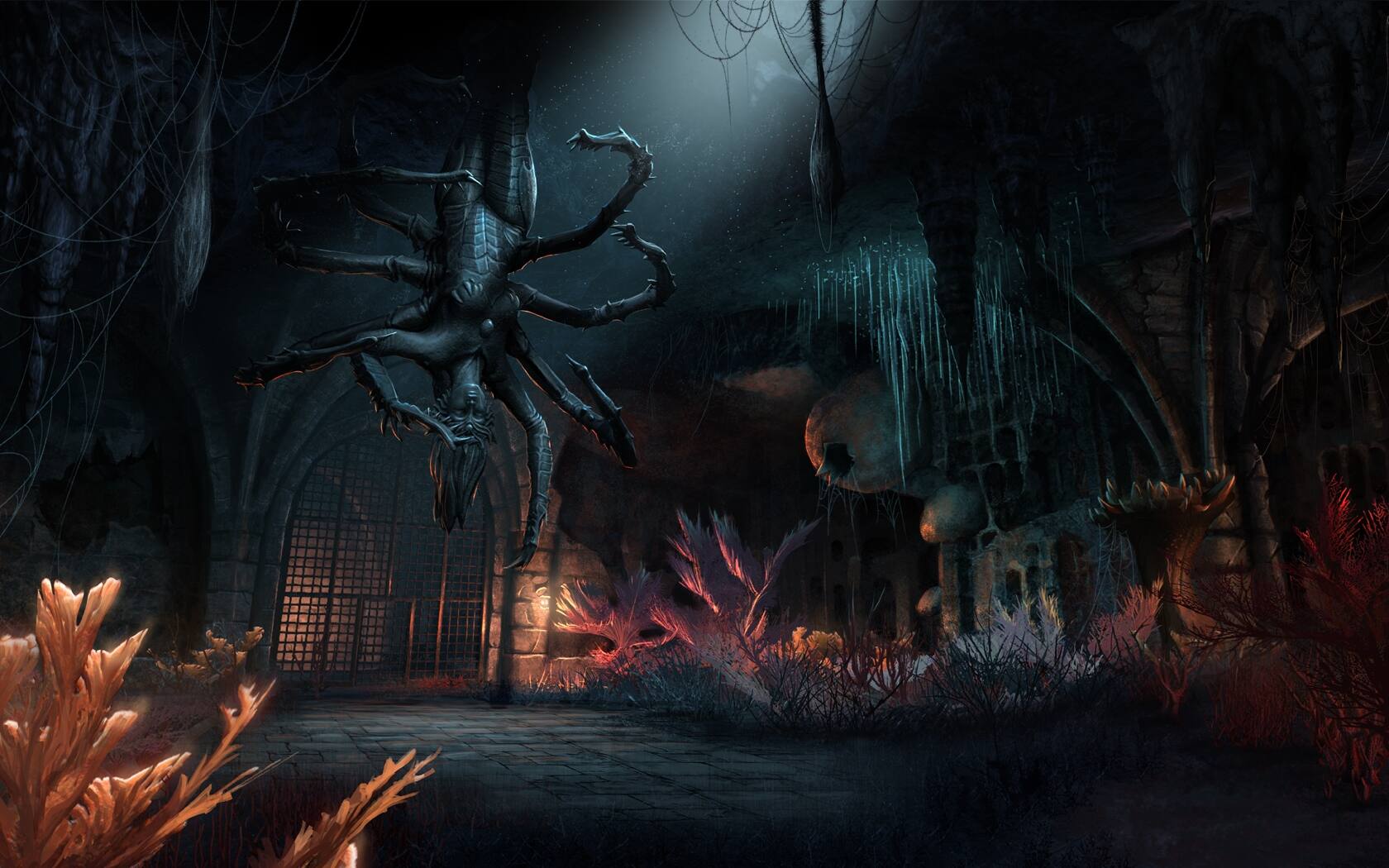 Grab three friends and prepare to take on the Cradle of Shadows and Ruins of Mazzatun, two all-new Argonian-themed dungeons that make up the Shadows of the Hist DLC Dungeon Pack. These dungeons scale to the group leader’s level, just like every other dungeon in ESO, and offer a Normal and Veteran mode and new item sets to collect. You can enter these new dungeons at any level, and queue up for them via the Group/Activity Finder starting at level 10. Here are a few details about each:

The Argonians of the Dark Brotherhood need your help against a cadre of rogue assassins who threaten to hurl all Black Marsh into bloody chaos. Fight your way into the Cradle of Shadows to uncloak the secrets of the twisted Silken Ring!

Venture into Mazzatun, the “Puzzle City” of the Xit-Xaht tribe of Argonians, who have been forcing other Lizardfolk to work as slave labor on a project that has driven their masters mad! Can you free them in time?

With the release of Update 11, we’re introducing the Style Parlor—a collection of character customization options that include name change, race change, appearance change, and all-new hair styles, adornments, and markings. 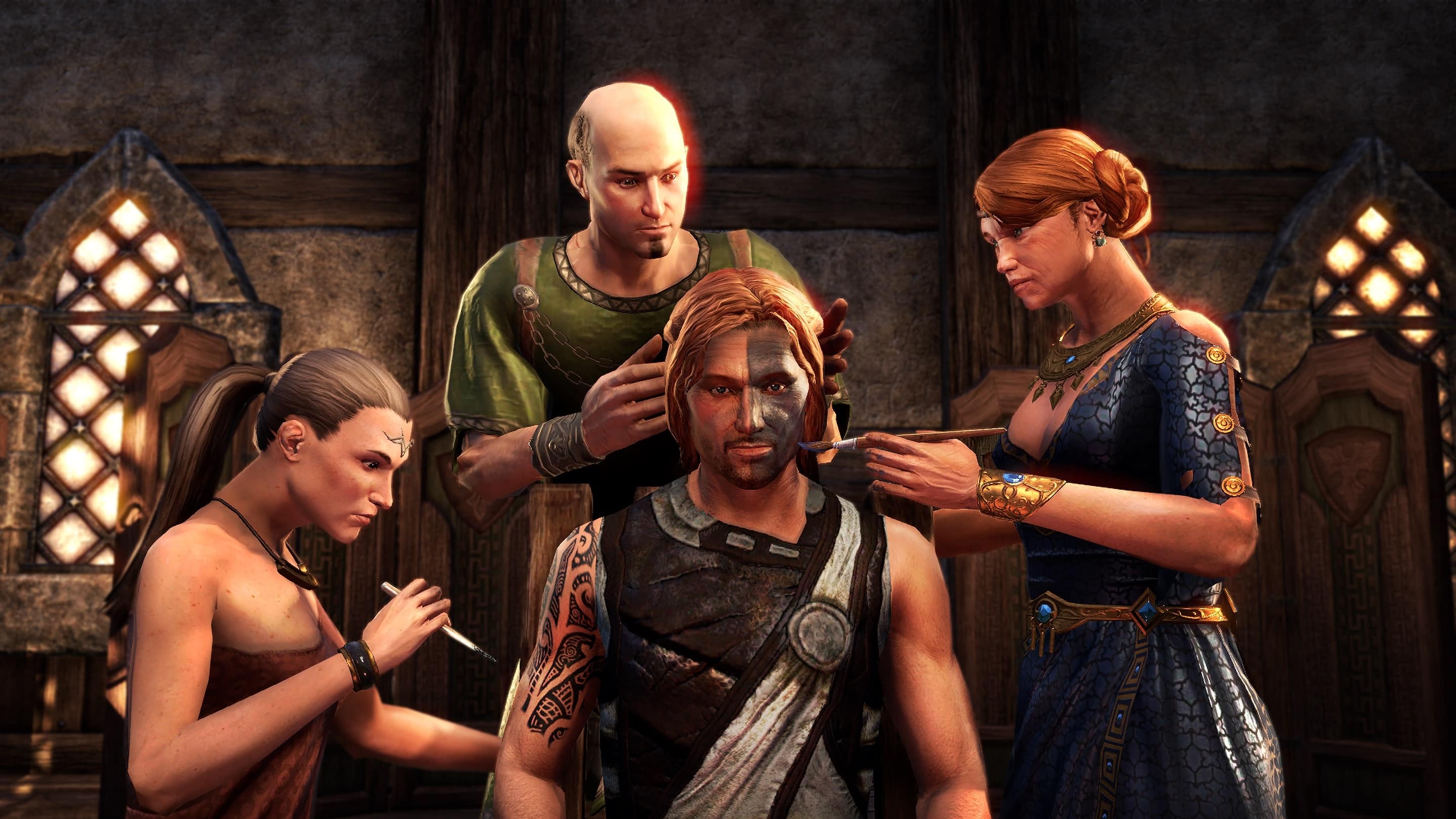 Everyone likes changing up their looks from time to time. Whether you’re yearning for something as simple as a fresh new eye color to a completely new appearance, race, and gender, the new you is now possible with our Appearance Change and Race Change Tokens.

Simply purchase one (or both!) in the Crown Store—look for them in the Upgrades: Service Tokens category. Once purchased, head to the Character Select screen, select the Appearance Change or Race Change Token in the bottom-right of your screen, and make your desired changes. Here’s an explanation of how each works:

Would you like all of Tamriel to know you by a different name? Well now you can! Changing your name is simple—navigate to the Crown Store, go to the Upgrades: Service Tokens category, and purchase a Name Change Token. Once purchased, you use a Name Change Token on the Character Select screen to change one character’s name.

A bounty of new hair styles, adornments, and markings have been added to the Crown Store. If you’re looking for a little something special for your favorite characters, navigate to the Appearance Crown Store category and peruse the new offerings in the Adornments, Hair Styles, and Markings sections. (Please note that some selections are gender and/or race restricted.)

Once purchased, you can change your character’s hair style, adornments, and markings as often as you like. Simply access your new appearance items in your Collections menu under the Appearance category. They can be used alongside all your existing collectibles—there’s even a pack that includes all the existing hair styles (90+ in all!) available for purchase that will allow you to freely change your hair style to anything that is currently available on the character select screen, as often as you like. (Normal race and/or gender restrictions do apply.)

The long anticipated costume dye system is here! There are two different ways you can dye costumes and hats. Here’s a brief explanation of each:

ESO Plus Costume Dyes (Exclusive to ESO Plus)

Take your Tamriel fashion to the next level with costume dyeing! Anyone who has an active ESO Plus membership will have the ability to dye their equipped costume (and hats!) at any Dye Station using dyes unlocked via achievements. Applied dyes are saved separately for each character, so that the same costume or hat can be dyed differently for every one of your characters.

Dyeing your costumes and hats is easy—choosing the perfect color combination is the hard part. Simply approach any Dye Station in Tamriel while wearing the costume and/or hat you wish to dye, select the new costume dying tab, choose dyes from your unlocked achievement dyes window, and save your masterpiece color combo! 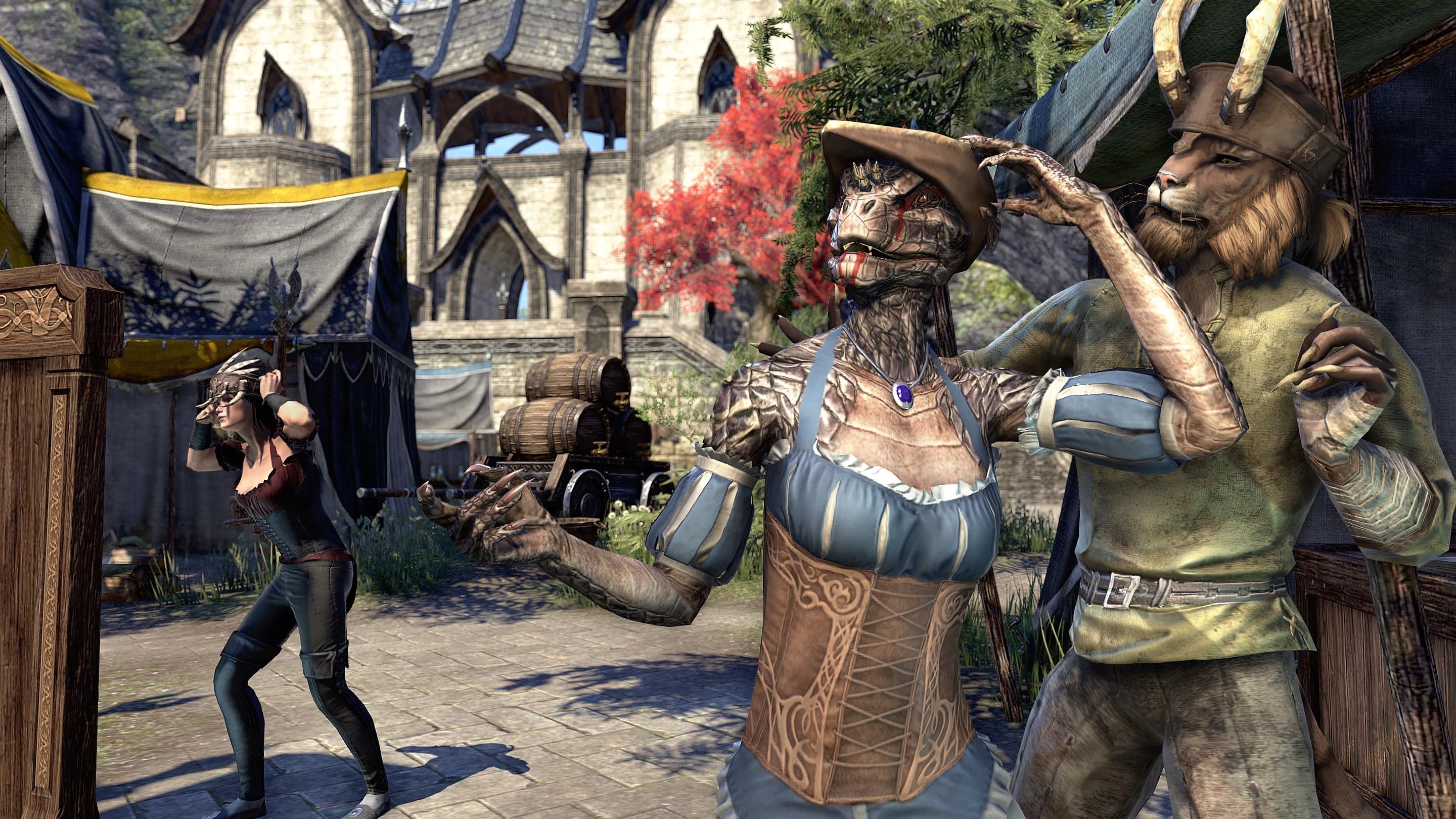 Master fashion designers across Tamriel have put together custom Dye Stamps for fashion conscious heroes who prefer the convenience of tried-and-true pre-made color combinations. These one-time-use consumable items are available for purchase in the Crown Store for a modest price. Look for them in the Crown Store category.

*During the time period between when a new update appears on PC/Mac and console, the Dye Stamps will remain the same.

REACHING THE SHADOWS OF THE HIST DUNGEONS ON THE PTS

For those of you joining us on the ESO PTS, you can reach the new Shadows of the Hist dungeons by following a few simple steps. (Both are in Shadowfen – you can also click on Point of Interest map icon for each.)

If you plan to use a pre-made template character on the PTS, please choose from the “Shadow of Hist” specific ones.

1. While on the character creation screen, click on the drop-down in the upper-left corner of your screen.

2. Select one of the four “Shadow of Hist” character templates—there is one option for each alliance that is Level 49, and one alliance-agnostic option that is level 50 with 300 Champion Points.

3. If you choose one of the level 49 characters, when you enter the game you will appear in Daggerfall, Davon’s Watch, or Vulkhel Guard, depending on your alliance. Level 50 template characters will appear in Shadowfen, outside of the Ruins of Mazzatun dungeon.

4. Purchase the Shadows of the Hist DLC Dungeon Pack from the Crown Store. (Both template characters and those copied over from the live megaservers will have enough crowns to buy the DLC game pack.)

5. After you purchase the Shadows of the Hist DLC Dungeon Pack, you can travel to the Cradle of Shadows and Ruins of Mazzatun dungeons one of three different ways.

USING A NON-TEMPLATE OR COPIED CHARACTER

1. First, create a character on the ESO PTS and purchase the Shadows of the Hist DLC Dungeon Pack from the Crown Store. (Both template characters and those copied over from the live megaservers will have enough crowns to buy the DLC game pack.)

2. After you purchase the Shadows of the Hist DLC Dungeon Pack, you can travel to the Cradle of Shadows and Ruins of Mazzatun dungeons one of three different ways.

Whether you’ll be joining us on the PTS today or eagerly waiting to dive into Update 11 and Shadows of the Hist on console, everyone can take part in the pre-launch fun. We’ll have a full schedule of events leading up to the Update 11 launch in August including articles and guides, Q&As, live Twitch broadcasts, PTS events, and official screenshot and concept art releases.

If you’ll be livestreaming your Update 11 and Shadows of the Hist experiences on the PTS, we want to hear from you! Share your livestream with us on @TESOnline on Twitter—use the #ShadowsoftheHist hashtag for the new dungeons, and #MyTamriel for anything related to character customization! We’ll share livestreams throughout the Update 11 testing period on our official social media channels, and may even drop in to hang out and watch.

Whether you plan to brave the Shadows of the Hist dungeons and the challenges within, team up with your alliance and conquer Cyrodiil one city at a time, or spend hours putting together the perfect dye color combinations for your favorite costumes, Update 11 has something for everyone. We look forward to hearing your feedback on the PTS, and bringing you all these new quality-of-life updates and two new dungeons in August!